Ruthless lady with a whip…

…or if characters didn’t say things like this to her: “I love you–mean as you are!” 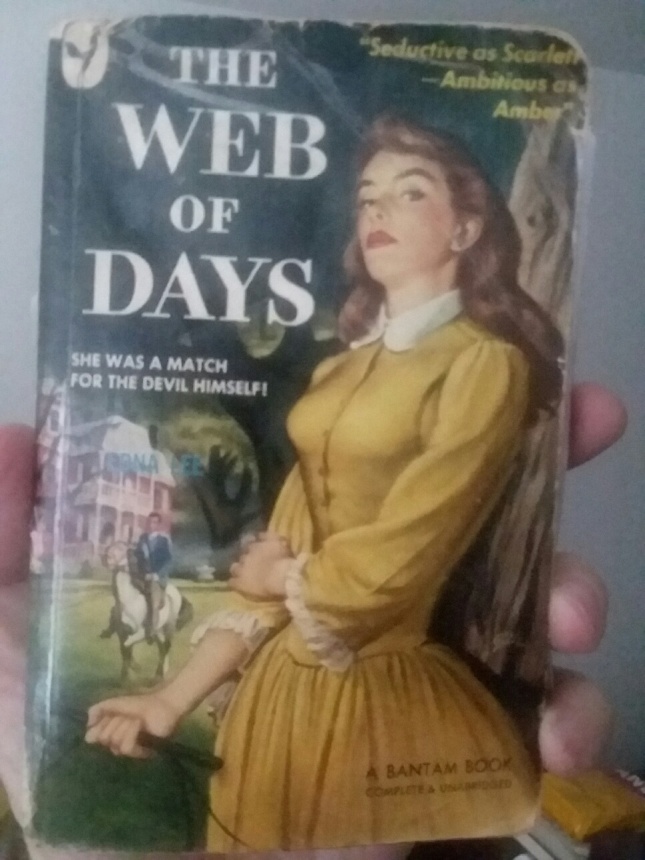 “Nothing could stop this calculating, gorgeous carpetbagger–nothing could satisfy her greedy desires.” Actually, she doesn’t seem  quite as heartless as the inside cover blurb has it, but hey, it sold me the novel. The cover was painted by Denver Gillen. 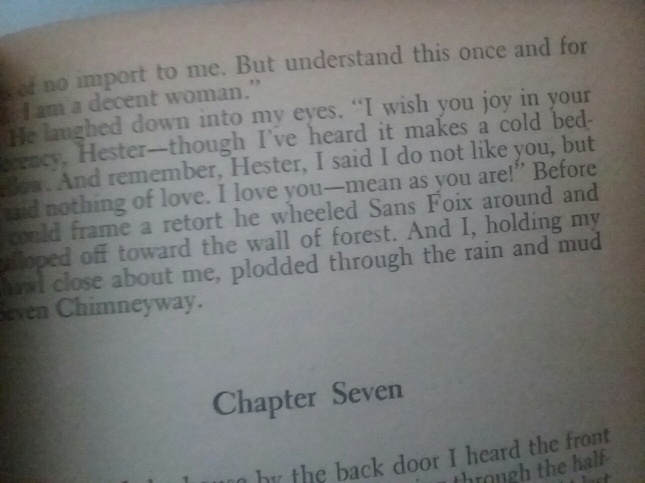 It’s a 1947 novel that, according to Kirkus Reviews, sold a million copies. It was reprinted in paperback in 1949, the edition that I picked up at a memorabilia show, and is about a Yankee schoolteacher who becomes a governess to the son of a decadent Southern family on the downhill slide after the Civil War. It’s well-written and absorbing, and I want to finish it, but it’s been slow-going. I’ve been reading it in snatches for at least five weeks.

Maybe I’ll finish a good chunk of it this weekend, as I’m in the homestretch, the last hundred or so pages. It’s not the usual noir that I’ve been perusing lately, but it holds the interest. Sometimes I imagine Olivia de Havilland in the role of the governess, who ends up marrying the effete head of the family and starts running their plantation herself, revitalizing it with her grit and determination while also falling in lust for the studly wastrel of the clan. It sounds hokey in synopsis but it’s an interesting look at the postwar South from different angles, including the racial one with some emphasis on the problems facing the freed slaves.

I had never heard of this author, Edna L. Lee, before, but it turns out she wrote a novel on which a very well-regarded 1955 Douglas Sirk/Rock Hudson film, All That Heaven Allows, was based, as well as the novel from which the 1955 Joan Crawford film Queen Bee was derived.  There are so many interesting but forgotten fiction writers, and I’m constantly delighted to find another to enjoy.

Posted by irvoneil on February 28, 2020 in Pulp fiction art