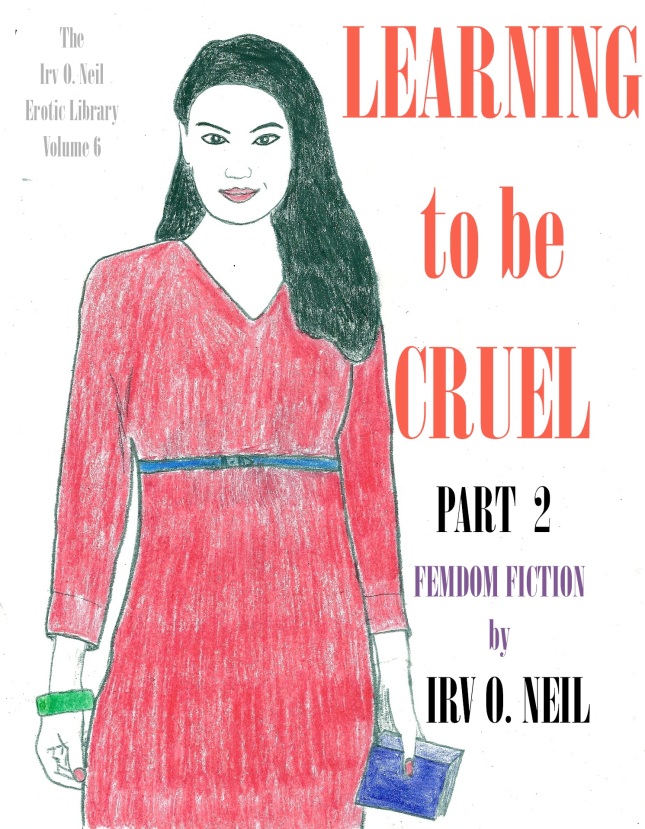 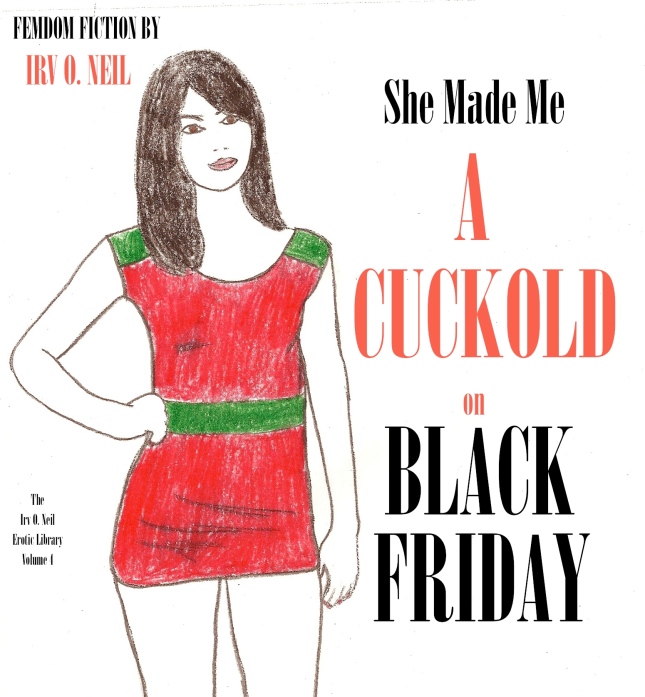 Click on the Amazon store in your country to immediately enjoy my stories!

If you go Amazon Mexico or Amazon Australia, put my name “Irv O. Neil” into the search and then you’ll be directed to my author’s page with the listings of my ebooks.

As I mentioned in the last paragraph, I’m starting to now publish some of my more mainstream sex stories, and  am starting off with…

As I’ve written here before, I like to collect things such as vintage girlie magazines and pinups. About a year ago at a memorabilia show, I picked up this 1963 tv guide from the now-defunct New York Journal-American newspaper. My attention was caught, naturally, by the girls on the cover, stars of the then-popular show Petticoat Junction:

I recall it was only when I got this home that I looked at the contents carefully; that’s how dazzled and distracted I can be by three pairs of shapely stems in short-shorts, and how satisfied I was by the acquisition for my modest collection of this little digest with its pretty cover. I was really charmed by the image; and I take my pinups wherever I can find them.

But then I realized this little mag was for the week of November 17-23, 1963, which was of course was marked by the assassination of President Kennedy on November 22 at 12:30 p.m. Central Standard Time. Here is what was on television directly before the event (in New York it would be 1:30 p.m Eastern Time), from pp. 48-49 of the guide:

On that day I was in seventh grade in Chicago and returning to school after lunch, so I probably heard the news somewhere between 12:30 and 1:00, Central Time.

These are some of the movies that played on New York television that week, from pp. 58-59 of the guide (all the TV Magazine images can be enlarged by clicking on them):

Some of the actresses who appeared in the movies playing that week (in order of appearance below) included Diana Dors tangling with Rod Steiger and Tom Tryon in The Unholy Wife (1957) and Allison Hayes being vexed by John Carradine in The Unearthly (also 1957). Sally Todd was also particularly memorable in The Unearthly (I didn’t see in 1963, but in recent years) but she is not mentioned in the guide. 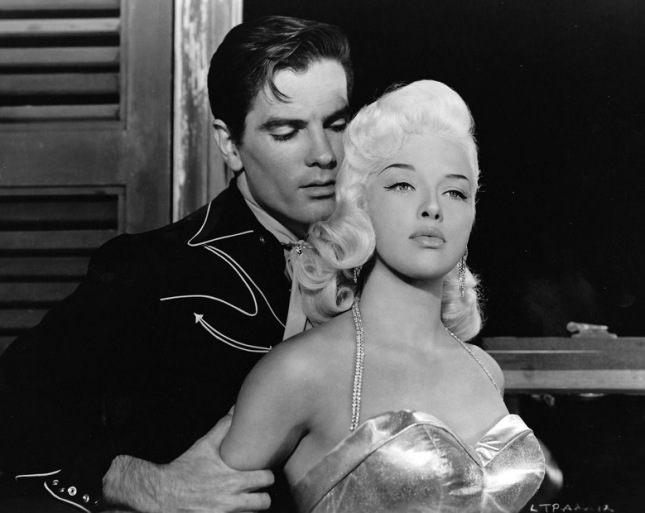 On the morning of  November 22, 1963, a superb film noir called Too Late For Tears (also known as Killer Bait) played on NYC’s Channel 11 at 10 a.m. Eastern Time. Lizabeth Scott gets deadly with Dan Duryea, Arthur Kennedy, and Dan DeFore in that one…

In subsequent years, as a film buff, I have seen many, many of the movies listed on that schedule.

But only a few of those movies are quite as vivid in my memory as the nightmare we all lived that day, when I was walking up the steps to the school and someone said, “The President was shot!”

Posted by irvoneil on November 21, 2013 in Erotica, history of erotica, New York City

When I began writing it last February, the story was going to be set in the “real” world, in my usual style with no “weird fiction” angle. I put it aside, though, and returned when the Halloween season got me into the mood to do something else with it. There was an online contest going on for erotic fiction with a horror slant, held by Dr Sue of the In Bed With Dr Sue show on Blog Talk Radio, and Riverdale Avenue Books–see the info here with links to the stories–and I thought I might submit it to that, but the story went longer than required by the guidelines so I figured I’d just write it for myself and then publish it.

Although I usually write stories grounded in the “normal” world, I do enjoy horror, fantasy, and science fiction too as a reader. Since I was a kid, and as an adult, I’ve always been very impressed by the fantasy art of Virgil Finlay (1914-1971), who did illustrations in the sci-fi magazines I used to pick up when I was young. His magical visions of women in particular are part of my mental landscape. Many examples of them can be found online. Here are two:

As far as the storyline of this new, approximately 30-page tale, here is the description I wrote for the Amazon page. Excuse the self-induced hyperbole, but you gotta give a little sizzle to sell the steak! 😉

And here is the way I described the story in my 11/5/13 column “Notes of a Rebel Subbie” at the Domme Dose website:

“The submissive protagonist is a cynical guy named Alan Breshker who collects vintage pinup photos and thinks he’s found the next Bettie Page in an elderly lady selling 1950s pix of herself at a flea market. He figures maybe she could become a pop cultural sensation and he could be in on the ground floor of the profits. When she invites him to her apartment to see some more things of a “disciplinary” nature, he gets a lot more than he bargained for…but perhaps he gets what he’s secretly sought all the time! I hope you’ll check it out, it’s a 6600 word tale inspired by my enjoyment of fantasy and horror writers like Robert ‘Psycho’ Bloch.”

So as you see from these two different descriptions I wrote, the story has a lot going on in it–sex and character mingled in a bizarre otherworldly brew of dominance and submission.

A reader on the Dose, Frank, asked about my process of writing the story. Well, without giving too much away about the plotline, I took a character who was originally going to be treated in a realistic fashion (Mistress Myra) and made her supernatural because I found it a challenge and something different. Perhaps I needed a change of pace from my usual approach to the dominas in my stories.

I wonder if Finlay modeled this blonde after Sally Rand, the famous 1930s stripper?

I wrote the opening half of the story in a white heat. I took some elements of dialogue from the first “realistic” version, between the elderly lady and the sub, when they discuss the photos, but everything else was new. Then, due to the necessity to do other work (and the fact that I had just written 3000 words in about two hours and was tired), I put it aside for what I thought was going to be a day, but which turned out to be a week.

When I finally got back to writing, the second half–the sexual encounter–went quickly and was exciting to describe as I imagined the scene visually in my head and raced to put it down. I also discovered things about the character of the sub, Alan Breshker, seeing what was underneath his cynicism and detachment. He came alive and so did the story for me. I looked at it again the next day and added some stuff to the last page to tie up loose plot ends. Then I put the story aside for a few days; when I returned and re-read it again, I was unfortunately very sleepy and tired, and I thought, “Arghh, this is crap!” But talking with a writer friend who reminded me he often felt that “arghh this is crap” way but then reversed his impression on taking another look, I returned to read the story yet again, realized it did what it was supposed to do, and decided to publish it.

Frank asked how many hours it took to write from inception to completion; if I had to total all the time, it would probably be about twelve solid hours, broken up over three or four days in a two week period (plus the couple of hours in February when I wrote the original version that I got a few lines of dialogue from). Writing for magazines and websites, I have learned to write, edit, and revise efficiently. My best work is done quickly. When I brood and labor over something, it’s usually because it’s no good to begin with, alas. I am in the tradition of the pulp writers who got the job done and moved onto the next piece. Which doesn’t mean that I don’t take my work seriously; it just means I prefer to work rapidly. Frank also asked, how much is inspiration, how much perspiration? I would say without inspiration, there is no perspiration necessary; with inspiration, I’ll devote whatever perspiration is called for! Meaning it’s probably about 50-50. The inspiration comes first, the idea, the notion that I want to explore; then the perspiration follows. To get that inspiration, though, I am constantly thinking of ideas that I might like to write; so I guess that is a form of ongoing perspiration, too! (Does the brain sweat?) And I better quit now with this or it’s going to start sounding like something from the Marx Brothers. 😉

It’s been a busy week. In addition to my weekly website and newsletter writing for erotica sites, I just completed a sexy new ebook, a long story with a supernatural theme as well as the usual femdom antics my writing specializes in. It’ll be up in a day or so. I actually posted it Halloween night on Amazon in the Kindle store, but I was having so much trouble with my cover scan that I got distracted and pressed “publish” without remembering to post the description of the book! That’s the pitfall of being a one-man ebook publisher, your mind runs around like a one-armed paperhanger sometimes. So I have to put the description up today along with the book. More info will follow here.

Meanwhile, to relax from the writing, I’ve been watching a number of vintage sci-fi movies. One of them was something I missed back in 1962 when it first came out, a Japanese disaster film about a rogue planet headed for a collision with earth: Gorath!

Still playing catch-up with 60s pix that didn’t show up at my nabe’s theaters!

It was a pretty good film, although the version I saw was the American one that sadly deleted the giant walrus monster Magma, which I was looking forward to seeing! The American distributors apparently felt the creature looked too silly with its tusks, so they edited it out. But I’d seen a pic of Magma in an issue of Forrest J Ackerman’s Famous Monsters of Filmland and was so disappointed when the movie didn’t show up the venue in my old neighborhood in Chicago back when I was growing up. (You can see Magma rampaging in the center of the Japanese poster just below.)

But the film, even missing Magma in the U.S., had a major compensation in one of its female characters, played by the seriously sexy Kumi Mizuno. I took a few screen captures as I am wont to do. I made them big files so you can blow them up on your screens and indulge yourself in the spectacle not of Earth in mortal tumult, but of an incomparably splendid Japanese actress in her gorgeous prime!

Here then is Kumi Mizuno…click on the thumbnails to see them full-size. She’s taking a bath when her rocket pilot fiance rings the bell, and she goes to answer the door… 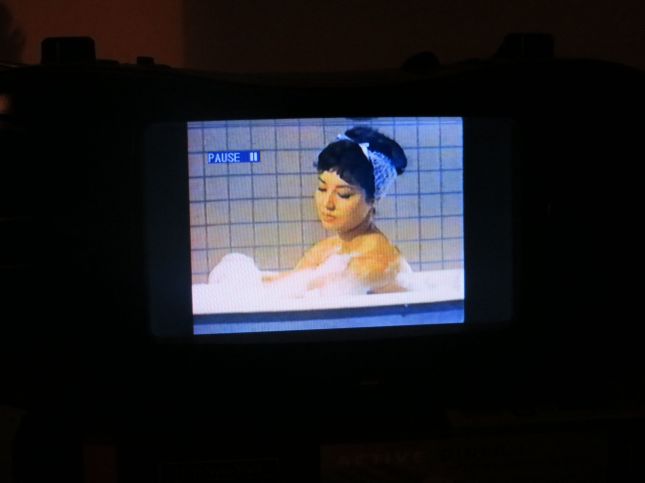 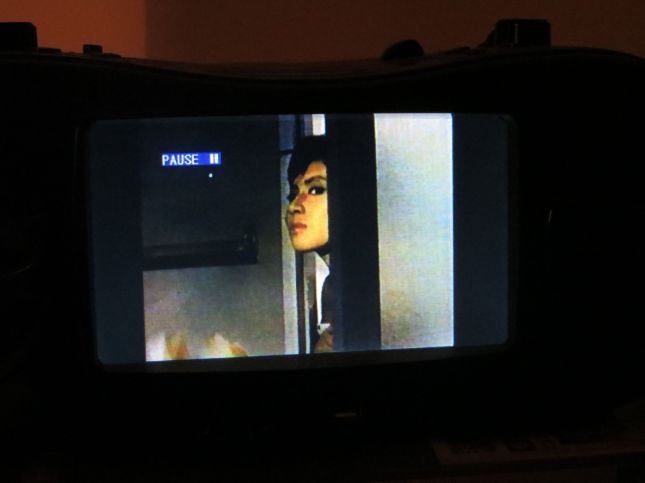 I hope you like these screen-caps. I include the surrounding atmosphere and not just the image, because the whole thing makes more interesting pictures to me!

Fabulous stuff!! (Kumi in the scene, I mean, not the mushrooms!!)