Ernest Borgnine died today. The accolades quickly appeared on Twitter. Of his many outstanding roles, one of my favorites amongst his characters (besides 1955’s Marty and Fatso Judson in 1953’s From Here to Eternity) was his portrayal of the Viking patriarch Ragnar in 1958’s The Vikings with Kirk Douglas, Tony Curtis, and Janet Leigh. 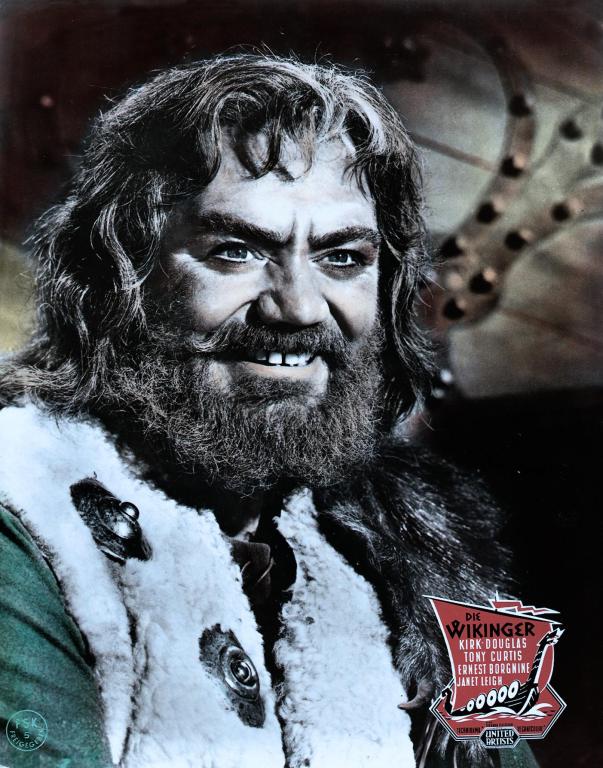 Ragnar is a bold, lusty warrior, and the above portrait–which I found at the site Pure Ciné–captures it all.

Ragnar fights his enemies with the same fervor with which he leers at the prize feminine morsel his son Einar (Kirk Douglas) has captured in the form of the magnificent Princess Morgana (Janet Leigh).

I will refrain from making obvious comments. Let me just say that Janet’s dresses were so tight in this movie that the whole film throbs with a current of horniness mostly thanks to her. (The shot is from IMDb here.) 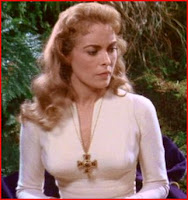 Tony got to loosen her dress in a pivotal scene; no spoilers from me, though–if you haven’t seen The Vikings, when you do you’ll know what memorable moment I’m talking about. But if Ernie had gotten to do the scene, I’m sure his gusto would have been a villainous moment supreme! (I found the screen shot of Janet just above here.)

This exciting fun adventure is only one of the enduring monuments to entertainment that Ernest Borgnine leaves us! HAIL, RAGNAR! You will be missed. They are raising the goblets in Valhalla tonight!

I found the final group shot above at a cool site called Stars in Our Eyes here, which comes complete with nostalgic musical accompaniment!