You can write erotica too!

In one of my previous posts, I showed you a picture of myself holding this vintage magazine, and I mentioned that aside from the fact that I loved the cover, its image sparked ideas in my mind about erotica writing. You can see the previous post here. 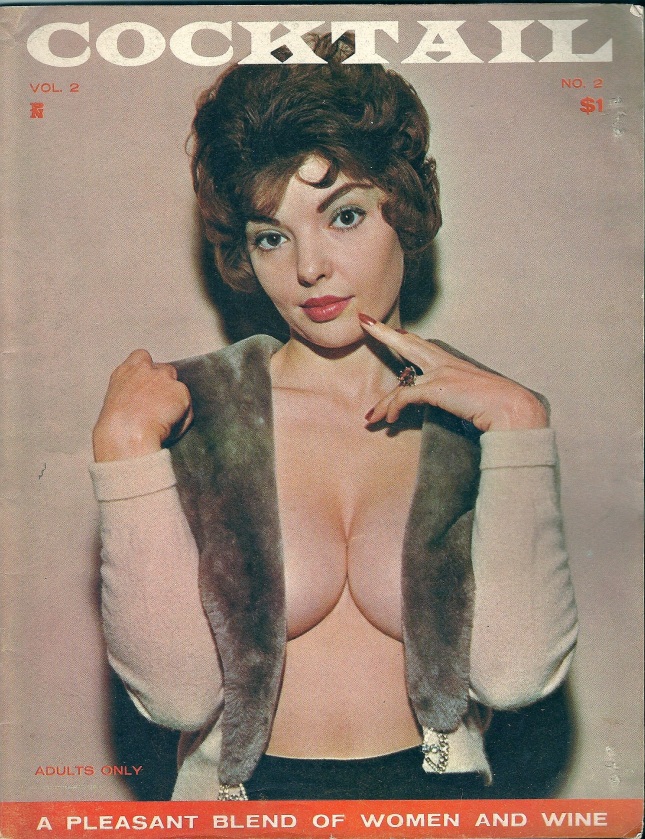 Find a story in this cover!

Although making decent freelance money from erotica and Kindle ebooks is very hard (as it has always been for most forms of writing for literally hundreds of years), I think that anybody who can write a basic sentence can explore erotica writing for their own pleasure, if not monetary profit. It’s always preferable that somebody knows how to write well, but one of the things I’ve learned over the years is that even if the prose style is weak and the grammar shaky, nonetheless if a person puts his or her heart and loins into a piece of horny prose, it can often successfully stimulate the reader. So whatever your level of skill with words…you can write erotica, too.

So gaze at this magazine cover. Click on it until it’s large on your screen (it’s best viewed on a computer for maximum impact), and immerse yourself in the lady’s face…her lips…her eyes…her gestures…her cleavage…and her fur-trimmed sweater. What do you hear her saying to you? What do you hear yourself saying? It’s a great picture because it lends itself to almost any kind of scenario–vanilla, kinky, or in-between.

The way to write anything, but especially fiction because it’s imaginary and takes place in your head, is to find a way “into” the story.  I frequently do it by imagining what I’m hearing a character saying…or by imagining what a character feels like, both physically and emotionally. Hmm, what would it be like to slip my hands into that open sweater to reach for the concealed nipples? And so the story begins! How did I meet this gal? What does she say to me? Or does she say anything? Does she let my wandering hands continue to wander, or does she get kinda nasty and say something like…? See, those are my “femdom” “femme fatale fantasies” coming into play! But what are YOUR fantasies? They will form the basis for your tale.

Enjoy this picture, let your mind “see” and “hear” what situations it suggests to you, and before you know it, you’ll have yourself a story!

Occasionally I get out from behind the laptop and actually experience elements of the real world, and not just the compelling cosmos of erotica in my mind…so the other night I went to Headquarters NYC, a gentlemen’s club on West 38th Street near 11th Avenue, and attended a book party for The Manhattan Madam’s Secrets to Great Sex, which is published by a press called Quiver.

The book, which you can find here, was written by Kristin Davis, described on her Amazon page as “the woman behind one of the most successful prostitution rings in the history of the sex industry. Busted in 2008 for her affiliation with New York’s Governor Eliot Spitzer, she has accumulated the largest ‘little black book’ in the industry, with more than 10,000 names…prior to running an escort agency, she was Vice President of a Hedge Fund and holds a BA in Business and Master’s in Psychology. She took her finance background and applied it to the world’s oldest profession to build an empire that made over $5 million per year. Her business catered to the elite of the world, the A-list stars, athletes and politicians.”

Here’s a shot I snapped of Miss Kristin with her splendid decolletage…holding her book, of course, but wisely not obscuring her bosom!