I miss my floozies…

I have a friend, George, with whom I’ve sometimes watched films noir. He has an endearing habit of saying, “Here’s the floozy music,” whenever the music on the soundtrack obviously indicates the entrance of a so-called tramp or femme fatale.

That’s one reason why I enjoy noir films and noir novels…I get to spend time with floozies without going over my budget. 😉 (Can you tell I drank a 24 ounce can of ready-made margaritas before writing this post?)

While I drank the margaritas I watched Joan Bennett in 1948’s Hollow Triumph on TCM’s Noir Alley series, although in this film Joan is not particularly floozy-ish. I love Joan Bennett, her tart affectionate dames are just my cup of tea, and I’ve known a few in my time, especially barmaids at the old Times Square strip clubs like the late lamented Club 44 on Eighth Avenue near 44th Street. I sometimes have a gloomy disposition, after all I am a kind of noir guy myself; and one of the Club 44 barmaids, a older Brazilian lady named Elizabeth, used to try to cheer me up by giving me clippings to read, in a plastic baggie, of humorist and toastmaster Joey Adams’s joke columns from the New York Post.

Anyway, I digress. Here are a couple of recent novels I’ve read that had their happy share of floozies… 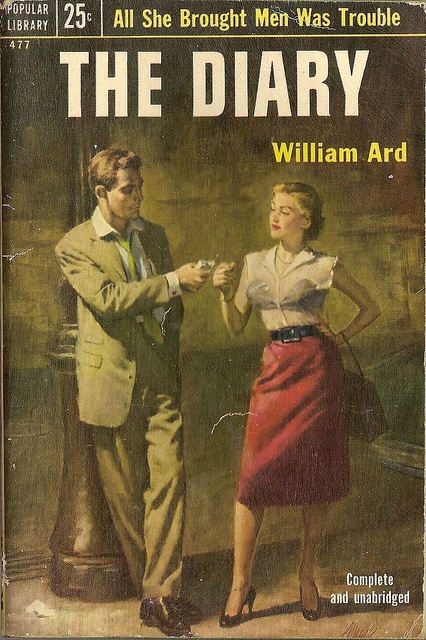 This cover scene is actually in the 1952 book, as a streetwalker tries to pick up the detective hero at 51st and 6th Avenue, a location I know quite well. But although a nice interlude, the sequence feels inserted into the story simply to justify the cover; it’s not pertinent to the plot, which is a pretty good one about political corruption in NYC. 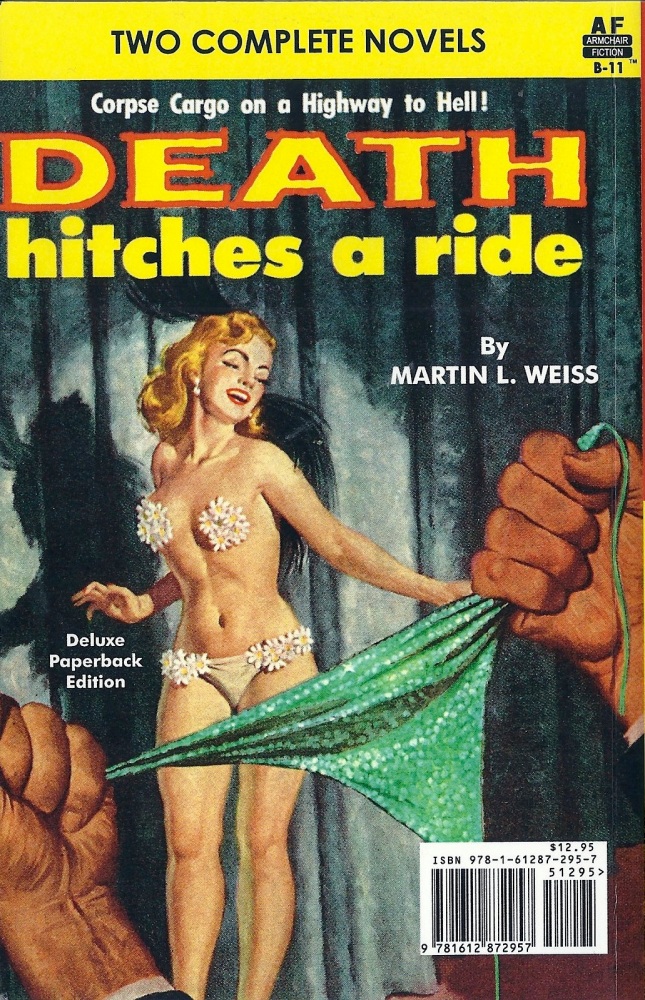 This is a really tense 1954 novel about two gay drifters who kidnap a narcotics agent as he drives out to Los Angeles after a undercover job on the New Orleans docks. It has two well-drawn floozy portrayals, one of an affectionate stripper involved with the agent in the Big Easy, and the other of a not-too-bright but good-hearted female drifter from Tennessee who gets swept up by one of the male drifters, who is bisexual.

When I wolfed down these fun books, I got to enjoy the company of classic-style noir floozies. You can easily meet the two dames in Death Hitches a Ride by checking out the double-novel reprint at Sinister Cinema’s Armchair Fiction line here. It’s a really well-done story, and in fact I read it twice for the way it builds character and tension; the only flaw is that the ending is a bit too abrupt. But the characterizations are terrific. I wonder whatever happened to author Martin L. Weiss—a very talented fictioneer indeed.

In a world gone wacky, one thing that keeps me grounded is great fiction by the likes of writers like John D. MacDonald. He was a virtuoso of prose, plotting, suspense, and writerly professionalism. The WordPress spellchecker says that “writerly” isn’t a word but what the hell. I think you know what I mean.

The two novellas in this book, BORDER TOWN GIRL and LINDA, are well worth reading.

The cover is by the great Robert McGinnis, who is still doing covers for publishers like Hard Case Crime. 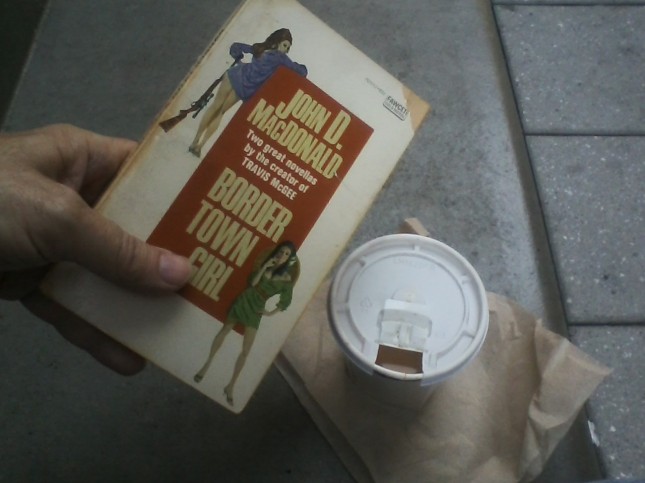 You can readily find cheap used paperback editions of this on Amazon.

Yes, a good book and a cup of coffee enjoyed al fresco help maintain the sanity…

I haven’t been blogging much lately so I’m going to do a series of short posts like this to get myself back into it. Check back again soon to see what I’m up to next.  Even if it’s just putting up a picture with a few lines, it’ll get me going.

Posted by irvoneil on March 23, 2017 in Amazon.com, Pulp fiction art