The “sex workers at work” genre in films and fiction… 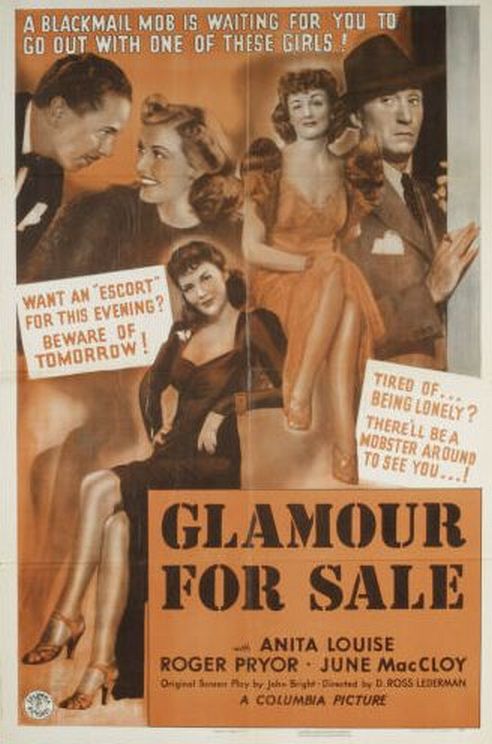 This film was shown on Turner Classic Movies during its Anita Louise day as part of TCM’s August 2018 “Summer Under the Stars” programming.

It wasn’t a great movie, but I loved one detail of how the B-girls operated the drink hustle, as explained by Anita Louise’s character: they would get brandy in a glass, and soda in a second glass. They’d sip the brandy with a straw, and then move the straw to the soda glass and let out the brandy. That way they didn’t get drunk. When the waiter came by, he would take both glasses away and, if the customer agreed, bring a fresh pair of brandy and soda glasses to the hostess. It was hoped that the customer would never be wise to the fact that the hostess was not actually imbibing the expensive drink.

This practice degenerated in the 1970s and early 80s, when I was going to strip clubs that heavily featured the drink hustle: the dancer (who would hustle drinks when she wasn’t onstage) would sip her champagne but then spit it, literally and obviously, into a second, and empty, tall glass. (For some reason or other, I remember how those tumblers were made of frosted glass.) In this way it was clear that the thing the customer was actually paying for was her time, and not the “champagne.” Unless the girl chose to actually drink it, which occasionally happened too.

Two of the X-rated films I wrote in the 1990s were of the “sex workers at work” genre: Masseuse 2 and Masseuse 3.

In both of these original stories (not related in any way to the original hit The Masseuse or to each other except in title) I tried to weave as many little details about the actual work of masseuses as I knew into the dramas. I guess I succeeded as the films were very successful and continue to be watched more than twenty years after they were made. I even had a small and funny little role in Masseuse 3 as a lapdance customer. You can find it at this adults-only link here under the scene title of “Sexy Chicks Eat Pussy and Finger Each Other.”

Also, my scripts for Sweetie Baby and Boom Boom Valdez depicted both the jobs and personal lives of topless dancers and, in the case of former, a waitress at a strip club:

And of course my psychological suspense novel Fate of a Stripper (see sample here)  includes all sorts of details about the stripping profession which I gathered from the dancers themselves through the many years I hung out in those clubs, and through the hundreds of hours of interviews I did with strippers for various adult magazines. 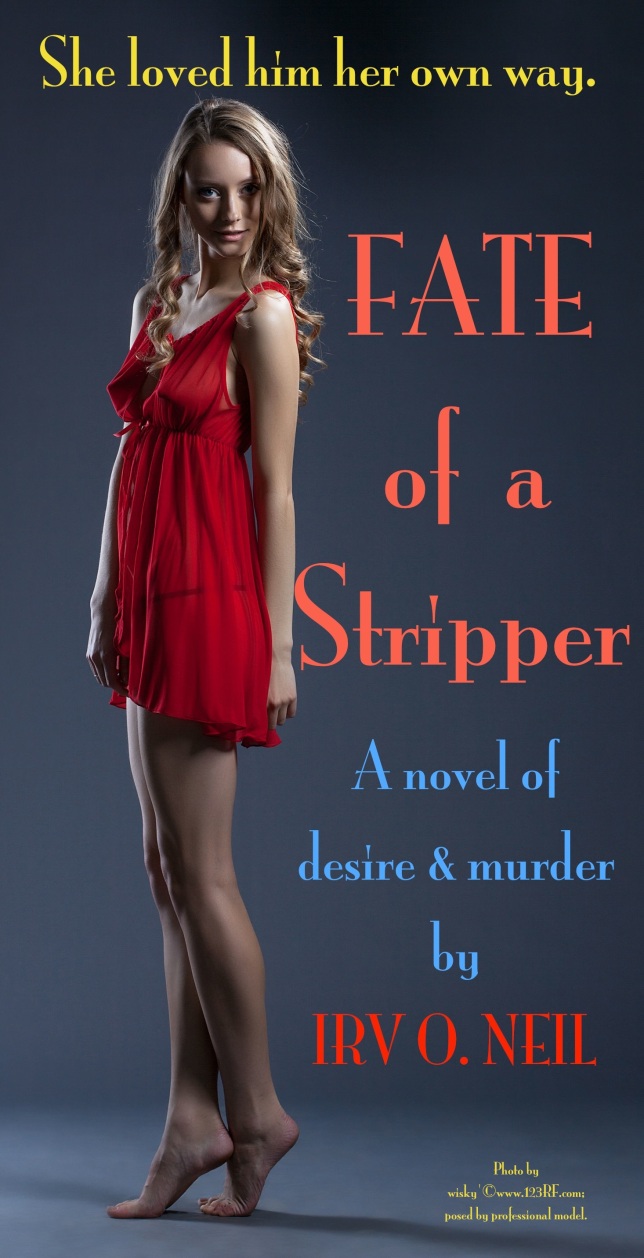 Annie Sprinkle gets me thinking: can a john take pride in hiring hookers?

A “john,” as I’m sure most everybody knows, is the slang word for a prostitute’s customer. Also known as a “trick,” but we’ll stick to johns for the purpose of this discussion.

The book well captures the empty feeling that often results after a visit to a hooker.

A few weeks ago I looked at this book for about a half hour in the bookstore as a possible review subject for a column I do for an adult magazine. One thing that struck me was that Paying for It caught the loneliness of the “john experience” quite well and so I hesitated to read it. It brought back too many unpleasant memories. Over the years, I’ve had plenty of encounters with hookers. (By the way, I loathe the icy, emasculating word “sex worker,” and “prostitute” isn’t much better, although I can’t get around using it sometimes. Still, no form of positive thinking will ever salvage it from its harshness and judgmental tone.)

The number one emotion I have felt in connection with paying for sex is loneliness afterward–even when the experience itself was pleasant, as it frequently can be. Yes: emptiness, aloneness. Of something lacking in me. So I haven’t read Brown’s whole book yet. My impression of the style of the drawings in this comic strip-style memoir is that they are very detached, almost passionless. This artistic approach clashes with what I remember most fondly about my own experiences with hookers, which was of a fleshy excitement even when the encounter wasn’t so hot, of a tactile aliveness resulting from my pleasure and awe or just my fascination at this bountiful femininity being available to lil ole me for something as simple, and non-binding, as mere money.

I’ve written about this subject at length myself in fiction, short memoirs in adult magazines, and in X-rated screenplays. In film, The Masseuse 2 is from the hookers’ point of view, and The Masseuse 3 includes the customers’ angle more prominently. They were two of the best regarded X-rated movies of the 90s. A French critic recently wrote an interesting analysis of the film here; and here is the English version of that article, somewhat mangled in Google’s automatic translation but readable enough to make it clear that I treated the subject, and the characters, with seriousness. The fantasy of a masochistic man cleaning a domineering woman’s house, which figures prominently in my new ebook Learning to be CRUEL, pops up in Masseuse 2 as well.

Ashlyn Gere and Asia Carrera give memorable performances as the masseuses.

Ms. Sprinkle, whom I know slightly from my work in the adult magazine business (although I haven’t seen her for many years), and who is a nice lady, makes the statement in her review that “There are millions of johns, but for one to come out voluntarily–with honesty, integrity, and pride–is rare indeed.” I had to shake my head at that. There are many writers certainly who have written well about this subject, with honesty and integrity if often in the somewhat veiled form of fiction. But Ms. Sprinkle, by her own admission on the Times’ ArtsBeat blog, rarely reads fiction. Still, I wonder if she is acquainted with James Jones’ great novel From Here to Eternity, which chronicled the interactions of clients and prostitutes with great skill, and to my mind is the best thing I ever read on the subject. Part of the story centers around a brothel that American soldiers patronize just before America enters World War 2.

Jones captures perfectly the obsession of a customer for his favorite hooker.

Jones certainly wrote with honesty and integrity. As far as “pride” goes, well, he wrote like a mature man of the old school, and about a subject such as this, his characters expressed the ambivalence any half-way sensitive guy would feel about falling for a woman who sells her favors for a living.

Hey, maybe I will end up reviewing Paying for It at some point. I’m certainly qualified to do so and might have some interesting things to say further…and maybe I’ll even learn something once I get past my emotions about the subject.